E. coli has numerous health benefits. First of all, these bacteria promote the immune, digestive and reproductive 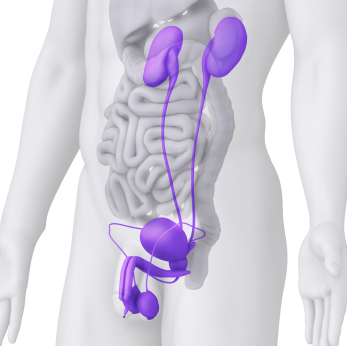 health. These particular probiotics develop the immune response because they are able to prevent many disorders and conditions. They play an antigenic role and they produce acidic substances in the small intestines. This way, the growth of harmful diseases is inhibited. Thus, the immune system will have less work to do in preventing the small intestines diseases and can be able to fight against other conditions. Moreover, E. coli produces antibodies that prevent certain infections.

The E. coli bacteria are also beneficial for preventing additional intestinal complications. They are able to reduce the infectious diarrhea in children and infants. Additionally, they treat constipation and its discomfort and they provide a normal bowel function. The bacteria also cleanse the intestines by eliminating all the toxins from the body.

Because E. coli produce various digestive enzymes that break down the food, they are helpful for boosting digestion. Therefore, proteins and other energizing nutrients can be easily absorbed. Moreover, constipation and bloating are cured, due to the fact that E. coli doesn’t allow the waste accumulation in the body. So, as you may see, E. coli is extremely useful for overall health, treating effectively respiratory and gastrointestinal problems.

Microbiology studies are often conducted to observe the benefits of E. coli. There are special cultivated strains such as the E. coli K12 that are used in the laboratory environment. They cannot form biofilms or develop inside the intestine.

Edward Tatum and Joshua Lederberg discovered in 1946 a phenomenon called bacterial conjugation. The model bacterium used was E. coli. So far, it is the main model for researching this type of conjugation. Moreover, E. coli was used in first phage genetics experiments. A famous specialist, Seymour Benzer, utilized phage T4 and E. coli to examine the entire gene structure. Before him, researchers couldn’t realize if the gene uses branching patterns or has linear structures.

The numerous studies on E. coli started in 1988, when Richard Lenski begun the laboratory observation of evolutionary shifts. This particular test showed that one of the E. coli populations was able to metabolize citrate. This function is seldom encountered in the E. coli bacteria. Since then, this ability is utilized to differentiate Salmonella and other bacteria from the E. coli in various diagnostics.

A study on humans that involved E. coli was held in 2009. Two groups of workers were treated using either placebo, or E. coli. The results were that the persons from the latter category had less respiratory and gastrointestinal problems than the others. Thus, they didn’t have to take as many days off as the individuals from the placebo group.