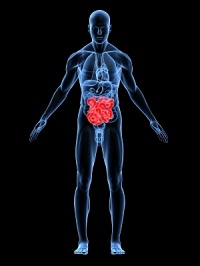 Shortly known as B. longum, Bifidobacterium longum is a probiotic that is not pathogenic and is found typically in the vagina and the gastrointestinal tract. As all probiotics do, B. longum brings people many health benefits, preventing certain illnesses. Probiotics are considered extremely useful as dietary supplements as they contain good bacteria, similar to the ones that usually live in the human body. Their main purpose is to improve digestion and also provide protection against bacteria that may cause many different diseases.

Being described as one of the most significant types of “good” bacterium that is found naturally in the body and protects it from harmful agents, Bifidobacterium longum or B. longum helps maintain a normal digestion process. All the nutrients necessary for a healthy body could not exist without a functional digestive tract, B. longum comes to the rescue as it is regarded as an important microorganism.

This bacteria is also vital for people’s immunity systems and it can be used in treating patients that suffer from acute diarrhea caused by antibiotics. It is also beneficial in cases of cholesterol decrease, improvement of lactose intolerance signs, stimulation of immunity and cancer prevention. B. longum is usually found in many different types of food sources such as cheese, yogurt, a variety of fermented dairy products and cultured vegetables, for example sauerkraut. Even though it is found in many foods, sometimes it is necessary to take a higher dose of B. longum, and this can be achieved only through supplements.

The probiotic lives in symbiosis with the human body, meaning that it offers benefits for the organism, and in its turn the body is its shelter. The main purpose and function of B. longum is that it transforms sugars in lactic acid thus decreasing intestinal pH levels. As a result, this bacterium helps keeping the balance of the intestinal flora by determining the production of organic composites such as acetic acid, lactic acid and hydrogen peroxide whose action is to amplify the intestine’s acidity level and reduce the number of harmful bacteria.

Benefits of B. longum have been studied on animals but also on humans. One research proved that B. longum might decrease the chances of tumor cells occurrence through its production of lactic acid since it has both anti-carcinogenic and anti-mutagenic properties.

This research was conducted on rats and it concluded that the intake of lyophilized cultures of B. longum leads to a decreased incidence of colon tumors, lower multiplicity and smaller volume. All in all, the study done on rats suffering from colon cancer proved that Bifidobacterium longum can stop tumors from spreading and growing.

Additionally, other various experiments lead by famous scientists concerned about a few important illnesses showed that B. longum has numerous beneficial health effects, succeeding in minimizing the effects or even prevent some diseases such as: