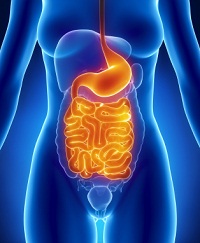 The lower digestive tract of the human body is filled with different bacteria. Even though it sounds unusual, there are bacteria that can be beneficial for humans. For example, in the digestive tract there is a bacterium that’s extremely friendly and useful. Its name is bifidobacterium breve. Specialists also call it B breve. This particular bacterium is non-motile, anaerobic and has rod-shaped branches. In a microscopic view, bifidobacterium breve looks similar to a cactus. The bacterium is extremely beneficial because it can digest a great number of molecules. That’s why it’s unique in the human body and no other bacteria can compete with it.

There are persons that have a healthy digestive system mainly because of the large amount of bifidobacterium breve. On the other hand, there are individuals that don’t have enough of these bacteria, so they need to take supplements in order to promote their functions.

Bifidobacterium breve is essential for a proper colon functioning. There are certain studies that showed that some conditions like:

can be caused by the lack or poor amounts of this bacterium Usually, the B breve inhibits the action of another bacterium that’s not so beneficial called E coli. Moreover, the bifidobacterium breve was discovered in the vagina. It’s very helpful for this environment because it prevents candida albicans formation that causes yeast infections.

Breast-fed babies have in their digestive tract this bacterium. This is useful for producing all the other bacteria that can be found in the colon. However, in time, adults tend to lose large amounts of bifidobacterium breve, meaning that there are also less additional digestive bacteria produced. Therefore, more harmful bacteria can be generated under stress or illness conditions and the digestive problems and discomforts might appear. In order to prevent these issues, one must supplement the amount of B breve bacteria in his/her body.

The main function of the B breve is producing acetic and lactic acids by fermenting the sugars from the digestive tract. The bifidobacterium breve can be easily called the best probiotic bacteria since it’s able to break down all kinds of food. It can even decompose non-digestible plant fibers.

As mentioned before, the B breve bacterium is helpful for producing acetic acid and lactic acid. That’s the reason why it can inhibit the development of the bacteria that causes ulcer. Furthermore, some lately studies revealed that infants have plenty of B breve in their bowel. This is beneficial for low weight babies because it helps them gain kilos.

In order to have a healthy digestive system as you had when you were a baby, it’s extremely important to take supplements that encourage B breve functions. These will not only produce additional helpful bacteria, but will also minimize the occurrence of bowel irritation, diarrhea and gas. Many specialists claimed that these kinds of supplements are a great way for supporting the health of your gut. Thus, if you want a proper digestive process, bifidobacterium breve is highly recommended.