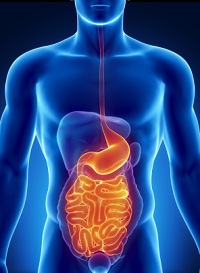 Even if the human body hosts millions of bacteria, most of these are harmless some of them detrimental, others are beneficial and they’re called probiotics. They’re defined by the World Health Organization as live microorganisms that can have great health benefits for people as long as they’re administered in tolerable doses. http://modernvet.ae courses veterinary.

Among the beneficial probiotics is the Bifidobacterium animalis which can be found in the large intestines. This probiotic can help maintain the digestive balance of the body as it competes for both food and space in the intestines. By doing this, it multiplies its number and leaves little or no room at all for harmful bacteria that may want to enter the body. By multiplying, they create Bifidobacteria that produces acids and reduces the pH level, thus preventing different illnesses caused by harmful bacteria.

The human body naturally produces Bifidobacterium animalis. This can be found in the large intestines, being necessary for digestion. In order to work properly, the bacterium attaches itself to the intestine’s walls and limits the amount of nutrients available for the rest of the human organism. This way the body benefits in the sense that the harmful bacteria that is in the rest of it isn’t left with any food.

A higher level of Bifidobacterium animalis can be kept if people consume products that contain this kind of probiotic. Yogurt, ice-cream and mainly all dairy products are known to have in their composition this kind of bacteria. Their regular consumption may reduce the risk of intestinal inflammation and also help decreasing harmful bacteria.

Bifidobacteria animalis additionally produces Vitamin B which is vital for liver function. It’s also believed to have cancer fighting properties, as it can transform nitrates to nitrites which would otherwise increase the risk of getting cancer. There are some health supplements that have in their composition Bifidobacteria animalis, and although their benefits aren’t long lasting, they exist. Some studies even concluded that the risks of getting cancer are highly diminished if supplements containing these bacteria are consumed. Moreover, it was observed that the cold symptoms in children were decreased by the usage of these bacteria.

A study conducted in 2005 by Chr. Hansen concluded that Bifidobacteria animalis has positive effects when it comes to intestinal inflammations and harmful bacteria. People who participated in this study showed an increase in solid stools and reductions in bowel frequency and in liquid stools after consuming the bacterium.

In another study conducted by Italian scientists it was discovered that Bifidobacteria animalis can normalize symptoms of diseases like ulcerations, inflammatory cell infiltrations, edemas and dilations of blood vessels in rats with zinc deficiencies. The study also concluded that Bifidobacterium animalis survived and thrived very well, as it was present in the rats waste, stating that it can in fact shield intestines from zinc deficiencies.