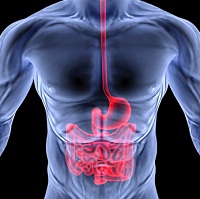 Bifidobacterium, also generally known as the Bifidium strain, is a kind of bacteria that improves the gastrointestinal health. It is found in the colon and it is considered to be a probiotic strain with beneficial effects. To take advantage of a variety of health benefits, you are advised to incorporate B. bifidum into your daily diet. The main element composing the probiotic product is the Bifidobacteria, also a major part of the normal intestinal flora. The inflammation in the colon can be reduced by taking Bifidobacteria, also a stimulator for the organism’s fluid immunity and known to be well tolerated.

There are many different types of strains, such as Bifidobacterium:

Along with L. casei and L. acidophilus, bifidobacteria is found in fermented products such as cheese and yogurt and also in the intestines of most animals and humans. They have a lot of positive effects on the health since they are considered the opposite of antibiotics, more precisely probiotics. A strong relation between people who live a long and healthy life and the amount of bifidus bacteria in their gut was discovered by Tomonari Mitsuoka, a scientist from Japan’s Bifidus Bacteria Center. Check out some more benefits of Bifidobacterium:

Lactobacilli and Bifidobacterium encourage the production of organic composites leading to a healthy function of the lower intestine. These composites, such as lactic acid, acetic acid and hydrogen peroxide are the main substances that stop harmful bacteria, thus the intake of Bifidobacterium in intestinal infections is recommended.

Bifidobacterium also has the beneficial role of assimilating calcium and also encouraging the production of complex vitamins. Diarrhea and constipation are some of the digestive diseases that can be alleviated through the use of Bifidobacterium bifidum.

Scientists believe that Bifidobacterium may stop the multiplication of cancerous cells in the body as harmful bacteria found in the gut can produce tumors. Bifidum may stop normal cells to become cancerous and protecting the colon. Moreover, bifidobacterium can also be used in abdominal cramps and diarrhea treatments.

Bifidobacterium is not known to have adverse effects yet it is recommended not to be taken large quantities.