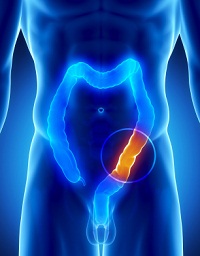 Bacillus coagulans is known as a beneficial species of probiotics or bacteria.  As labeled by the WHO or World Health Organization, probiotics are thought to be live microorganisms which grant wellness to the host as long as they’re administered in adequate dosages. In general, the intestinal balance can be disturbed when stress, a poor diet, age, traveling routines and certain medications chick in. Bacillus coagulans ensures:

Bacillus coagulans has a protected shield around its surface. The layer can protect the bacteria and helps it with the survival process against manufacturing pressure, heat and acids within the stomach. Unlike Bacillus coagulans, additional probiotic bacteria such as Lactobacillus and Bifidobacterium do not have such a protective shell.

Human beings can benefit a lot from using this bacterium, as it can improve the vaginal flora and also bloating and abdominal pain in patients who suffer from Irritable Bowel Syndrome. Moreover, it can boost the immune system by making it stronger to viral infections. Furthermore, it has been discovered that only one strain of this bacterium can secure food. Also, its spores can germinate and proliferate in the intestines, being activated by the acid environment of the stomach.

Bacillus coagulans can also cure diarrhea and treat the infections it produces, like rotaviral diarrhea children get, traveler’s diarrhea and antibiotics’ caused diarrhea. Moreover, the bacterium is recommended for:

Furthermore, Bacillus coagulans can be used to prevent respiratory infections, cancer and the formation of agents that cause cancer. It is also used as an additive to improve the effects of vaccines. Even if it produces lactic acid and is often confused with the lactic acid bacteria, the bacterium of Bacillus coagulans forms reproductive structures named spores that are benefic for the human body.