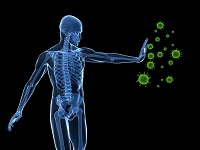 The human organism hosts numerous bacteria species that are located in the digestive system. Without these “friendly” microorganisms, the digestive and immune system couldn’t function properly. Their role is to provide vital nutrients in order to maintain humans healthy and also to make the organism a place where harmful yeasts, parasites, bacteria and fungi cannot survive. Some of the bacteria that are typically found in the intestines are Lactobacillus acidophilus and bifidus. They are beneficial for your health and may be included in the body as supplements.

A lot of different kinds of bacteria are included in the daily regimen as dietary supplements. The greatest results can be achieved through the combination of species: for example, Lactobacillus acidophilus and bifidus work great when they’re combined together. The mixture produced is known under the name of acidophilus bifidus and it can heal many symptoms that are usually linked to poor digestion, antibiotic use and compromised immune system. The body is encouraged by these bacteria to synthesize vitamins B, K, lactase and other substances anti-microbial are useful for digestion.

Infections can be prevented with Acidophilus bifidus. The immune system is stimulated by these microorganisms which stop harmful bacteria passing through the intestinal wall and reaching the bloodstream. This way, the human organism is less probable to suffer from infections, allergies, Candida overgrowth and digestive disorders. Scientists state that acidophilus bifidus may minimize the period of an intestinal infection and also show efficiency in fighting inflammatory bowel disease, irritable bowel syndrome and even colon cancer.

After taking a treatment  based on antibiotics, the intestinal bacteria is damaged and in order to restore the normal balance, eating acidophilus-rich foods or taking supplements can really help. Even though antibiotics can eliminate infections, they kill both friendly and harmful bacteria. Therefore, taking acidophilus bifidus will help repopulate the intestines with the right kind of microorganisms.

Fresh, unpasteurized yogurt contains acidophilus bifidus, but it can also be found in acidophilus milk and capsules, liquid extract and powder. It is best to search for high quality sources since acidophilus can only be efficient when it is part of active cultures. You should always check the label when using milk or yogurt to be sure it contains live cultures, and the products must always be kept in the refrigerator. 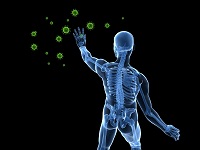 Scientists from NCCAM demonstrated acidophilus bifidus’ capacity of healing a variety of digestive complications. The bacteria are fighting against inflammation therefore they prevent diseases such as Crohn’s disease and ulcerative colitis. Many people who suffered from digestive illnesses also experienced infectious diarrhea, which can be easily treated with probiotics.

Research studies performed on humans at the NIH claim that probiotics in general, and specifically acidophilus may have positive effects on those who experience acute or chronic diarrhea. A study performed at the renowned University of Maryland Medical Center showed that people who suffer from traveler’s diarrhea, a disease affecting travelers, can be cured by taking a probiotic combination of bifidus and acidophilus.