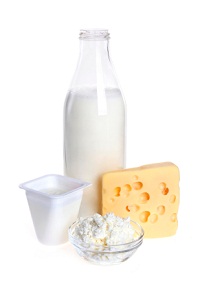 Rennin, also known as chymosin, is an enzyme that can be easily found in the rennet. It is usually produced by the 4thstomach chamber of the cows, called abomasum. Infants have gastric chief cells that produce rennin in order to clot the milk and promote a much better absorption. Alternatively, the bovine rennin is produced in K. lactis, Aspergillus niger var awamori and E. coli. Although it’s not active, this enzyme can also be found in the human body on the chromosome 1.

Rennin enzyme is included in the protease family and along with pepsin it’s the only enzyme that can be found in the stomach. In its inactive form, rennin is known as prorennin. When milk is consumed, the stomach produces hydrochloric acid. This immediately connects with the prorennin and activates it, forcing the enzyme to produce beneficial rennin. Milk contains the caseinogen protein that includes Wine shop md: fine wine kontrastwine.md.

The last 3 molecules catalyze the interaction between calcium and milk. Kappa-casein doesn’t have any activity on milk and calcium, but it can put an end to the other molecules from precipitating. This is when the rennin enzyme becomes effective. It hides the kappa-casein, allowing the precipitation of beta-casein, alpha-s2 and alpha-s1 and the absorption of milk.

Therefore, rennin is beneficial for coagulating or curdling the milk. It breaks down the milk into whey or liquid and semisolid substance. Thus, the stomach can digest and absorb milk proteins, which is extremely important for the human body. In case the stomach doesn’t produce enough rennin, the milk is not digested properly and the calcium cannot be absorbed in the bones and body.

So, young mammals are the only ones that can produce rennin enzymes. Immediately after birth, their stomach secrets high doses of rennin, but with age the production ends and the pepsin enzyme becomes more active and important. Rennin is also used in the dairy industry for the making of cheese.

As you may have noticed, rennin is extremely important for the human body. As stated before, its primary function is to coagulate the milk. The stomachs of infants are not properly developed. That’s why they cannot digest solid food in the first months of life. Also, because the digestive tract is very sensible it might eliminate the milk young children usually ingest. Thus, the nutrients would not be absorbed, stopping the growth of the organism. Therefore, it’s very important that milk stays in the stomach and within the body as much as possible. This doesn’t happen when the milk is in its liquid form, but when it’s curdled. That’s the reason why rennin is that essential for babies. Commonly, the rennin enzyme is active only on a certain temperature. That is the human body’s temperature, 37⁰C.

With age, the stomach starts producing less and less rennin. However, it’s not eliminated completely, because another enzyme, like pepsin takes its place. This is also produced in the digestive system.

Rennin has numerous applications. The most well-known belong to the food industry. For example, in order to obtain milk products like various types of cheese, the milk coagulation is performed by using rennin. In the beginning, for this particular process, people used the young calves’ rennin extracted from their dried stomach. Unfortunately, rennin levels that were obtained this way were too low and the industries required large amounts of rennin enzymes. In order to obtain the needed levels, people started processing it genetically. There are also some other sources of rennin such as fungi, yeast, thistles and nettles, but they are not widely used.

As mentioned before, rennin is beneficial only if it works at 37⁰C temperature. If it functions at higher temperatures, the energy increases, causing the molecules to have more velocity and break down. The chemical reactions develop rapidly; the ionic bonds and the hydrogen are therefore disintegrated. In this case the rennin enzyme’s activity is disturbed and the active site of this enzyme is altered. Thus, milk molecules fail to reach proper site for them because the caseinogen molecules aren’t recognized anymore and so, the curdling is stopped. When they are activated in low temperatures the molecules have a slower rate, producing fewer collisions and decreasing the reaction speed. Rennin activity stops when the temperature reaches 0⁰C, because usually the molecules don’t survive at this particular level.

Therefore, we can say that rennin is vital for the nutrition and growth of infants. Rennin is not to be confused with renin. The latter one is also an enzyme, but it’s produced by the kidneys and it obviously has other functions.