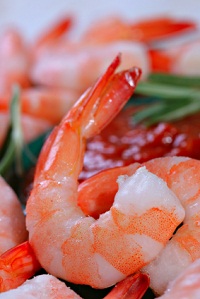 The enzyme named pepsin is released by some chief cells that can be found in the stomach. This enzyme has the capability and the role of degrading food proteins into peptides, thus producing digestion. Discovered in 1836, pepsin was the first revealed enzyme and also the first that was crystallized. Being a digestive protease, the substance is among three main ones that help humans in the digestion process. It works by breaking down dietary proteins and separating them into different components in order for these to be easily absorbed by the intestinal lining. It has a significant role when it comes to human’s digestion process which couldn’t be complete without the existence of it.

The digestive enzyme is in fact produced by the precursor substance called pepsiongen that is in the lining of the stomach cells. Pepsin is also produced within these cells, being excreted as a response to the food that enters the digestive tract. Inside the human body pepsin can appear in more than one form, but the most important and active one is pepsin A. Being the main component among all stomach’s juices, this enzyme has many health benefits that makes the human body function properly.

The uses of pepsin are mainly connected to preparing antibodies. The enzyme has a major role in their production, as it helps digest the IgG, which is a substance that cleaves all heavy chains close to the hinge region. Besides this, pepsin is also used in the preparation of collagen for cosmetic purposes.  It can additionally be inhibited in 2 different ways. The very first method introduces an inhibitor compound from the pepsin enzyme and the second is to decrease the level of acidity and thus, the enzyme becomes inactive. The process occurs when the pH usually reaches a level of 4 to 5. Regarding the primary benefits of pepsin, scientists have managed to uncover that it can:

The supplements and drugs available are over the counter pills and can be taken without medical prescription. Several supplements might or might not have HCI within the capsule. Physicians believe that boosted HCI together with pepsin could help digestion and absorb vitamins and minerals faster.

When it comes to health benefits, pepsin can come in handy, as it can be used for a wide variety of health problems, such as:

As there aren’t any known side effects caused by the usage of this enzyme in the treatment of different ailments, it can be incorporated with confidence in the healing of conditions enumerated above. Nonetheless, a medical specialist has to be always consulted and the treatment with pepsin supplements has to be conducted under medical supervision.

If the body doesn’t produce the appropriate amount of pepsin, supplements are highly recommended. As pepsin helps digestion, it’s directly responsible for keeping the human body toxin-free and stimulating the liver to produce bile that leads to the elimination of toxins. Within the stomach, pepsin doesn’t work all the way through in digesting the proteins that enter the body in amino acids. The process of breaking down amino acids is conducted in the small intestine, where pepsin also plays a great role. Being the major element in two main parts of the body and the key factor that prevents the organism from getting intoxicated, this enzyme can’t miss from the organism.